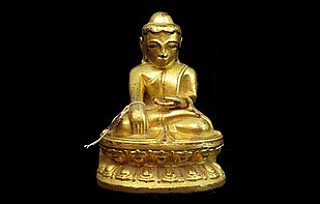 The Dakhina Sakkha Buddha or Burmese Lotus Buddha is also being called ‘the Lotus Buddha’ or ‘the Buddha of the south’. In north Thailand the name is ‘Bua Khem’.

Look at our Buddha statues

Most of the time he is seated in the Vajrasana position with the hands in theBhumisparsha mudra, the gesture of touching the earth. The throne has an hourglass-like shape, on which the rather massive body and neckless head rest. At the back of the throne, or often underneath it, there is a stylized decoration, in high relief, of waterplants. Similar wooden statues have on the bottom not only waterplants in relief (lotus) but also a fish (in the water)

This fish, in connection with the Lotus Buddha, refers to a legend which describes the origin of this Buddha from the sea. 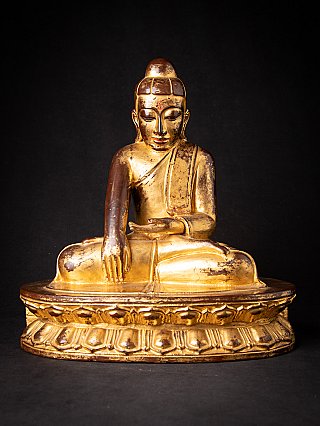 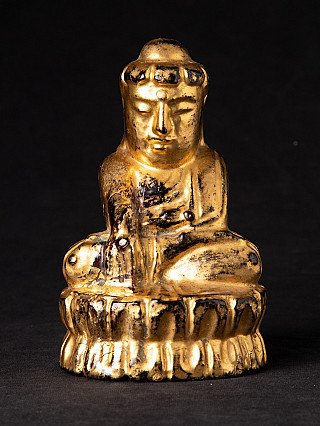 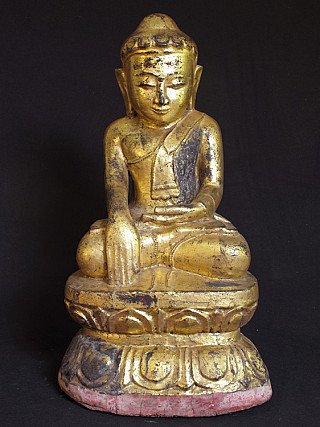 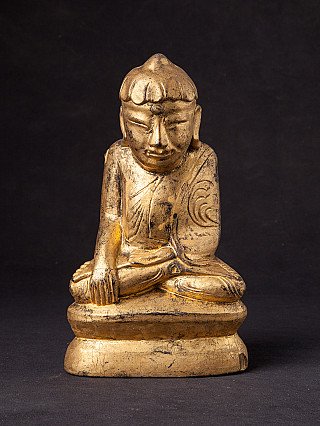 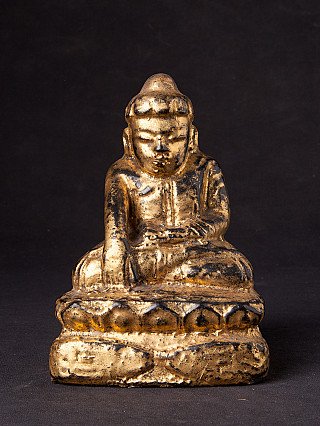 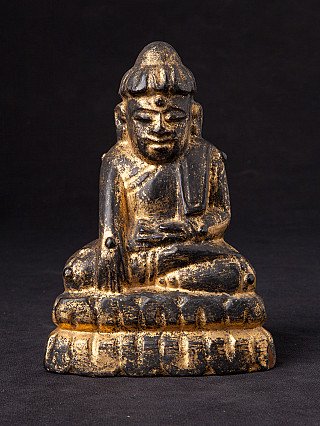 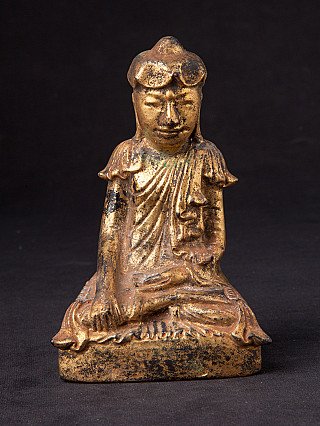 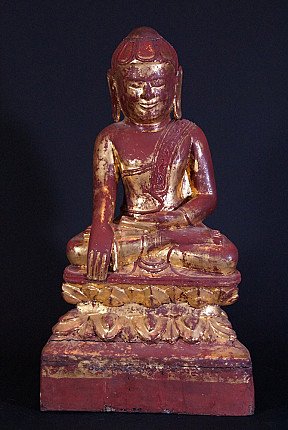 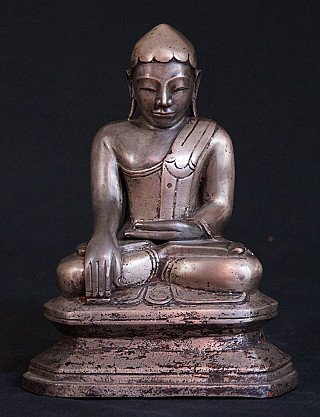 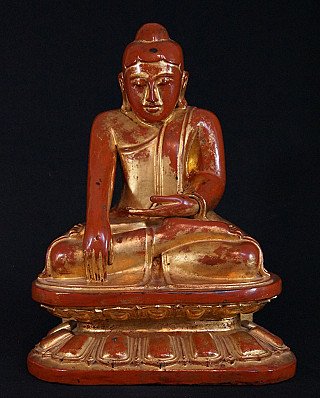 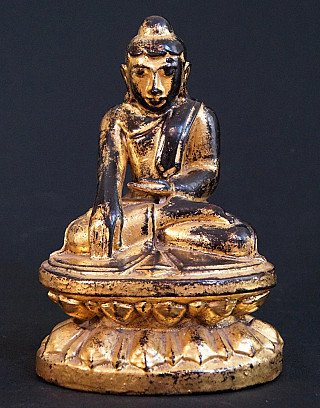 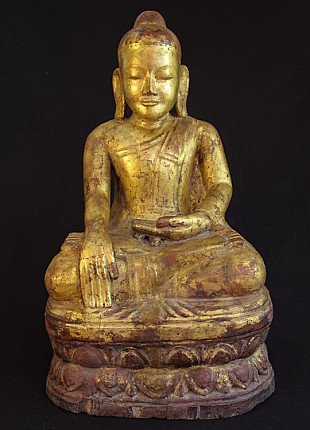