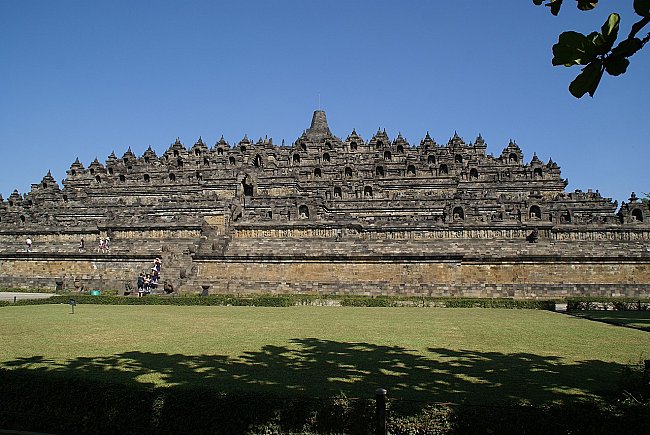 Buddhism is a spiritual tradition that mainly focuses on personal development as well as spiritual development and attainment of Nirvana state that provides deep insight into the true nature of life. It’s about teaching beliefs, practices and tradition based on the teachings left by Gautama Buddha. There are around 376 million Buddhist followers and supporters all around the world.

There are numerous pilgrimage Buddhist sites in South East Asia and Eastern Asia. But there are only four most important pilgrimage Buddhist sites that are most sacred and have important significance in Buddhism tradition. These Buddhist sites are located in the Gangetic plains of Northern India and Southern Nepal. These four holy sites refer to those sites that had witnessed the important event of life of Lord Buddha. They are connected to the birth of Lord Buddha and some of the important event of his life. Lord Buddha himself authorizes these four sites to be more worthy of pilgrimage and instructed his followers that these sites would produce a feeling of spiritual urgency.

The Four Most Important Pilgrimage sites of Buddhism are as follows:

Lumbini is one of the most important pilgrimage sites in the world and was listed on UNESCO World Heritage site in 1997. Lumbini is the holy site where Lord Buddha was born from Queen Maya Devi in 623 BCE. Lumbini is located in the Southern region of Nepal. In Parinibbana Sutta, Lord Buddha himself authorizes Lumbini as the four holy Buddhist site. Lord Buddha spent most of his childhood in Lumbini in luxury and comfort without any trace of knowledge about pain, suffering, aging, and death. According to Buddhist tradition, Prince Siddhartha had purifying bath from the Nagas (spirit of waters) in the tank in Lumbini.

The Great Emperor Ashoka visited Lumbini with his teacher, Upagupta in 249 B.C. to spread the practices and beliefs of Buddhism. Ashoka erected an inscribed pillar marking the birthplace of Lord Buddha and seven steps taken by Lord Buddha when he was born. This pillar is popularly known as “Ashoka Pillar”.

Some of the popular places to visit in Lumbini are Kapilvastu, Maya Devi Temple, Devdaha, Ashoka pillar, Tibetan Temple and so on.

Bodh Gaya is one of the most sacred and holy sites in Buddhist tradition. After leaving his birthplace,Lord Buddha attained “ Enlightenment ” under a pipal tree. That pipal tree is known as Bodhi tree . It was the key pilgrimage site where Buddhism started. Thousands of visitors, pilgrims, and Buddhist followers visit this holy site located in Gaya district in Indian state of Bihar.

Bodh Gaya is also famous for Mahabodhi temple , bodhi tree , and various ancient Buddhist culture . The Great Emperor Ashoka came to Bodh Gaya in 259 B.C. and he constructed the magnificentMahabodhi temple near the Bodhi tree . Even though, Bodh Gaya became the victim of a serial bomb blast, it still remains. 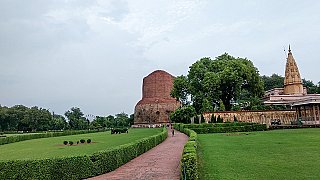 Sarnath is one of the four most holy sites in the world and is located in the north east of Varanasi in Uttar Pradesh, India. According to Buddhist tradition, Sarnath is the place where Buddha gave his first preaching to five monks (Pañcavaggiya ) and the place where he taught about Dharma. Specifically, Buddha gave his first preaching in Deer Park located in Sarnath and started “Wheel of Dharma”.

Kushinara also known as Kushinagar is one of the Four Most Important Pilgrimage sites of Buddhism and is located in Indian state of Uttar Pradesh. Kushinagar is the holy site Lord Buddhachose to die and attain “Parinirvana” for three reasons. The first reason is Kushinagar was the proper venue to preach Maha-Sudassana Sutta. The second reason is related to Subhadra following the path left by Lord Buddha. The third reason is Lord Buddha wanted to leave the important Buddhist relics in the hand of Brahman Doha.

"Now the Blessed One advised the bhikkhus – Well now, bhikkhus, my counsel is: experience is disappointing, through vigilance you succeed. These are the last words of the Tathagata."
- Lord Buddha

Emperor Ashoka came to Kushinara and made a significant contribution to construct this site. Some attractions of Kushinagar are Mahaparinirvana Stupa, Temples of Kushinara, and Image of Lord Buddha in parinirvana posture and so on.