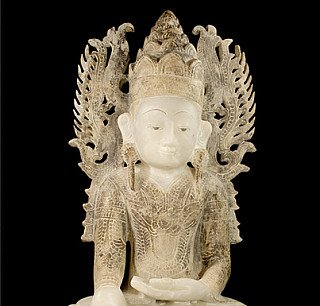 There are many variants of the Buddha statues depending upon characteristics reflected by the regions and eras of origin. These variations are probably due to the easy adaptation of Buddhism by the locals in various places. One of such variants of Buddha statues is the crowned Buddha statue or Jambupati Buddha image.

The first Crowned Buddha images or Jambupati Buddha statues are known to have been originated from the Pyu, where the Indian influence of Buddhist arts and non-Theravada Buddhism was extremely felt in those days. There may have been various background stories behind the crowned Buddha statues in the course of history but one of the most popular stories goes by the legend of Jambupati. This particular legend is not known in the home of Buddhism India, however the crowned Buddha statues have been attached to the name Jambupati as the Buddha is believed to have humbled a boastful and arrogant king Jambupati. The story goes on about how the Buddha transformed himself into a mighty king with a crown and jewelry and set himself a majestic yet incomparable palace. Seeing this, the king accepted the great ability of the Buddha and submitted himself to the Dharma and became a Buddhist monk. This particular story has gained a lot of popularity and stood the test of time in Burma as the number of Crowned Buddha statues in Burma is considerably great in amount.

There are also other versions of the background story of crowned statues of Buddha. One of them recalls the moment after the Buddha attained enlightenment. In this story, after the first sermon of the Buddha, he is believed to have ascended to heavens where he taught and preached about Dharma to the gods as well as to his deceased mother. After the completion of the preaching, he triumphantly returned to the earth accompanied by the gods Indra and Brahma in a crown. Thus, the large crown on the Buddha's head refers to the Buddha's descent from the heaven. Therefore, we can come to the conclusion that the crowned Buddha statues were crafted to depict Buddha after his triumphant return from the heaven to the earth after preaching dharma to the gods. This also a reason for Buddhist people to revere crowned Buddha statues. 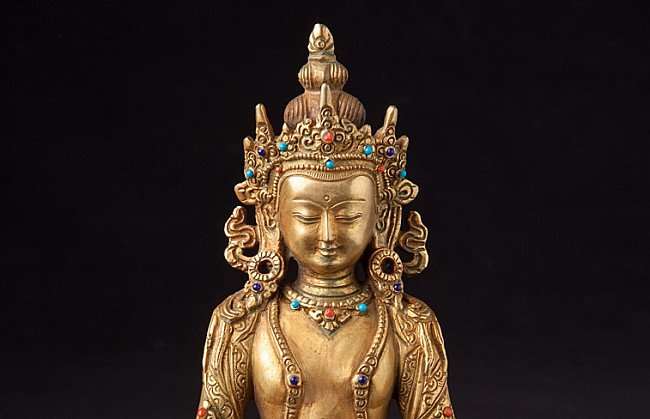 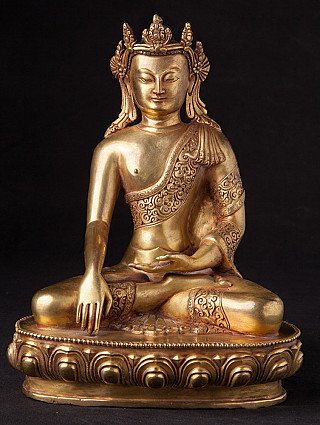 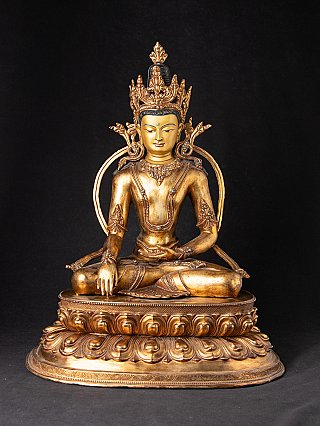 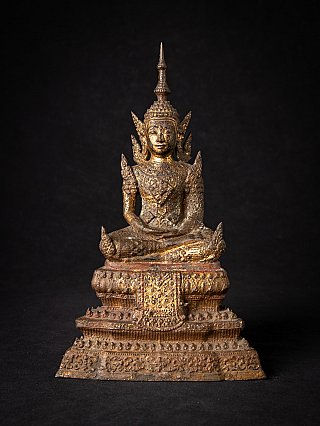 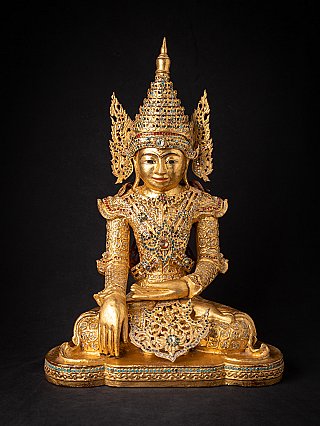 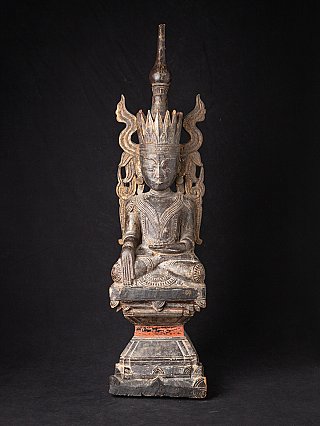 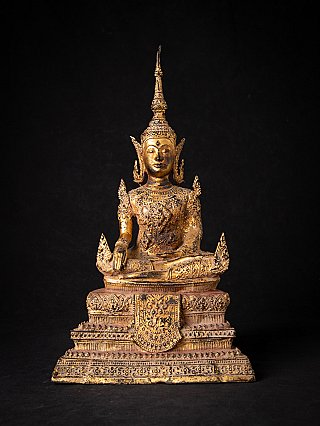 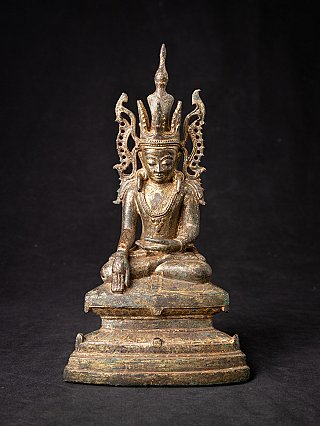 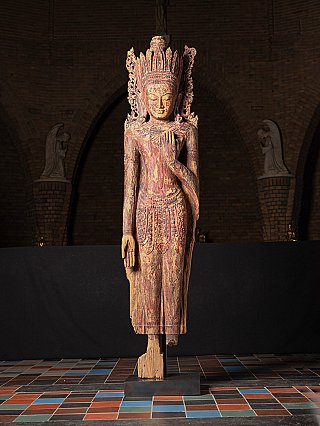 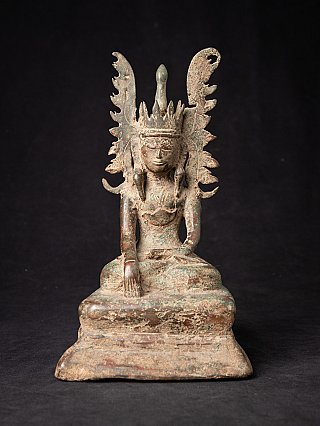 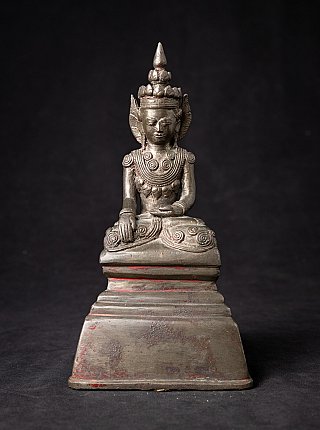 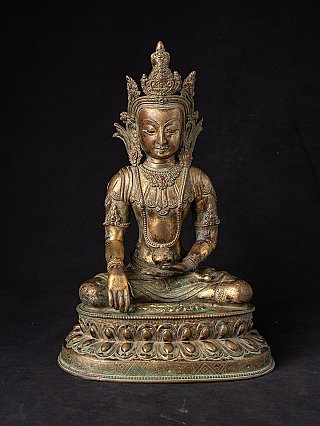 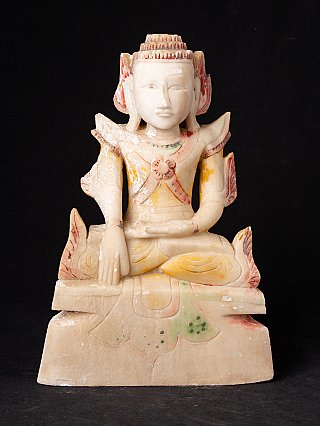 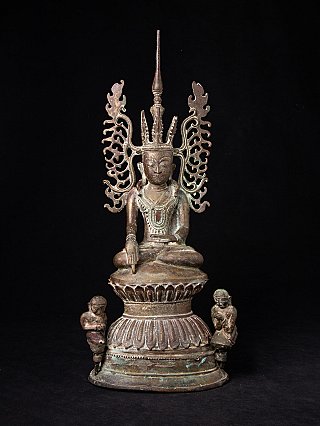 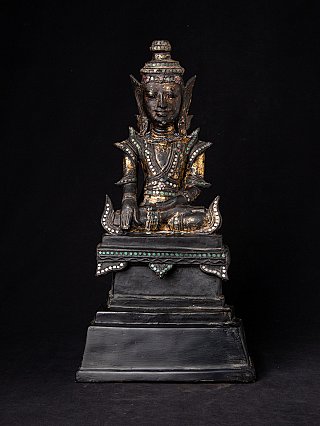 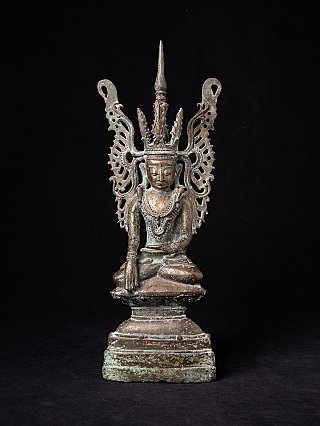 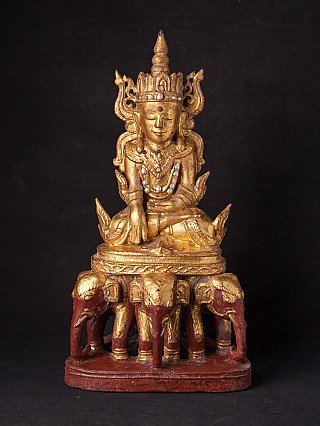 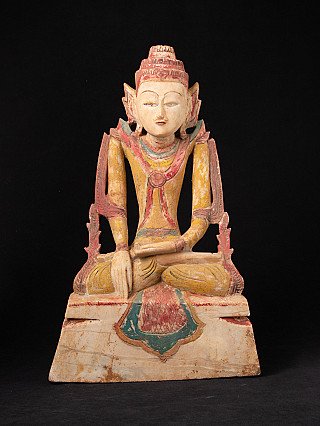 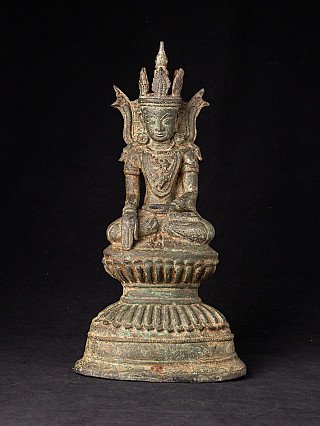 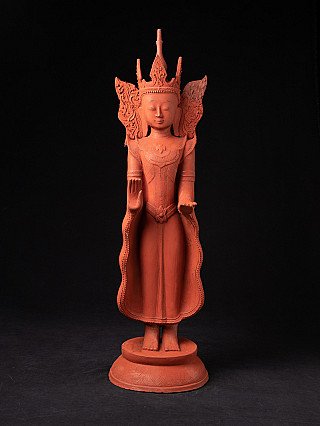 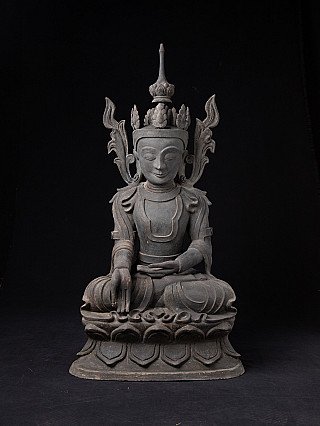 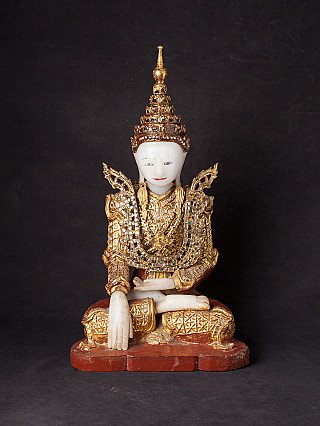 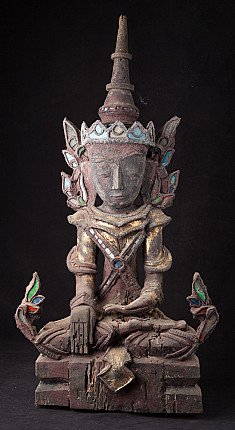 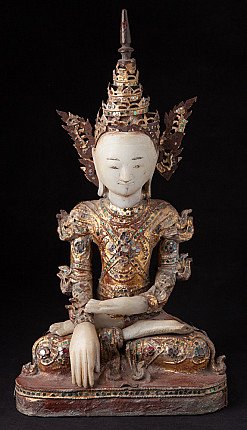 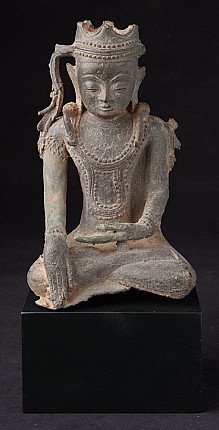 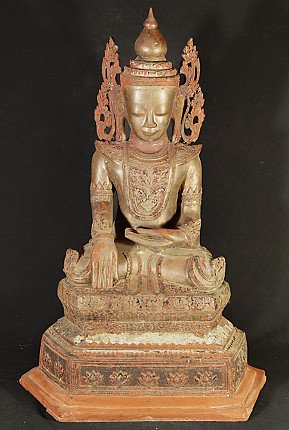 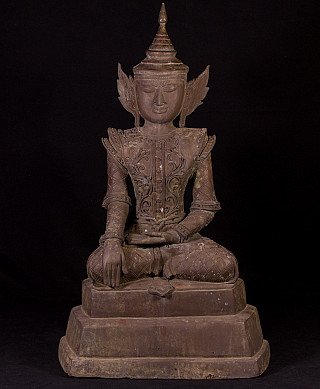