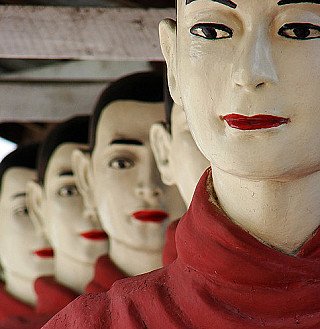 Buddhist monks or Bhikkus, as they are called in the Asian countries vary their practice on the basis of their locations. The monks and monasticism of Buddhism is one of the earliest surviving forms of organized monasticism in the history of mankind. The institution of monks and nuns (Bhikkunis) is one of the major institutions in the religion of Buddhism. They are considered to be responsible for teaching and preserving the principles of Buddhist teachings and guiding the followers the Buddhism towards the path of enlightenment. Therefore they play an important role in Buddhism.

See our statues of monks

There have been significant variations in monastic practices in Buddhism on the basis of the location. This may be because of different traditions that were based in different parts of the ancient Buddhist world. In the meantime, different social, geographical and climatic conditions have been adopted pretty well by the monks in order to smoothen the integration of the monks' and nuns' lives into local communities. Moreover, the disciplinary regulations for the Buddhist monks and nuns are meant to create a life which is simple and focused instead of the one of deprivation and severe ascetism. Though celibacy is of primary importance, the lack of deprivation and severity of the ascetism reflects the Middle path of the Buddha's teachings. As the Buddha did not appoint a successor, the collective decisions are made through regular gatherings of the Buddhist monastic community of the locality, called as Sangha. 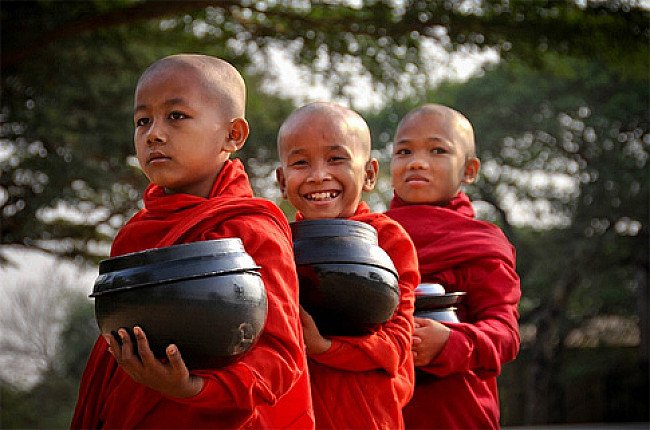 Even the figures of the Buddhist monks or the Buddhist monk statues play an important role in Buddhism. These statues are put on display in the walls on many monasteries and nunneries across Asia. These carvings of monks, nuns and disciples are used to decorate the walls and surroundings of many religious sites as well as palaces. For example, wooden images of the two disciples of the Buddha, Sariputta and Moggallana are found in the monasteries and nunneries in Burma. They are kept so that they can be a source of inspiration for the novice monks as they pay their respect to the achievements of their predecessors in the past. They can also be found free-standing in many public places of the Buddhist countries. The Buddhist monk statues are generally accepted and taken as a neutral part of the life of the faithful. Another monk statue is that of Shin Siwali, a standing monk statue carrying a bowl and a fan is taken as the patron saint of travelers.